Recently I've entered a few of the programming challenges in the BASIC on the ZX Spectrum group on Facebook. They vary in difficultly but it's possible to write a program for most in under 30 minutes. If you're looking for a quick challenge or the opportunity to improve you BASIC, why not take a look.

Here are some examples of the challenges:

Uwe Geiken asked us to recreate an intricate Japanese pattern. By mirroring, rotating and repeating a 4 line candy cane shape I squeezed this into 156 bytes. 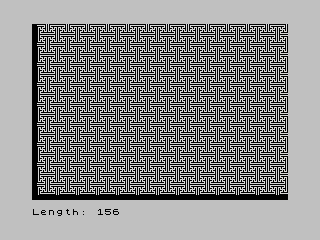 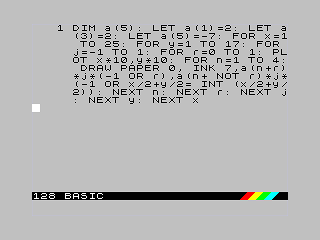 David Saphier challenged us to write the fastest code to display the Earth and Venus orbit pattern in BASIC. Being a bit of a rebel I aimed to write the shortest code and managed to completely botch it before coming up with this working version: 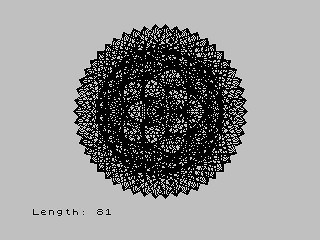 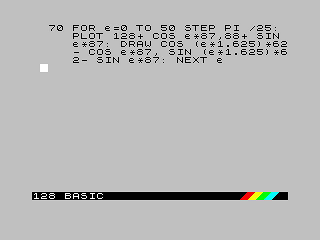 Matthew Logue issued a challenge to accurately display the flag of Greenland. The flag is simple enough to be reduced to a formula x²+y² < 54² ⊻ y > 0: 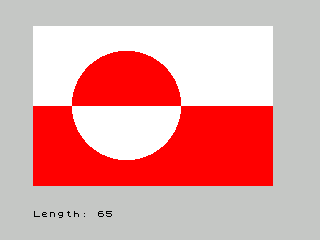 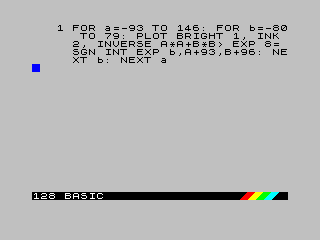 Uke Geiken showed a pattern of triangles and asked for the shortest code. The shortest implementation I found uses UDGs: 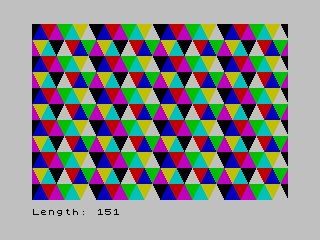 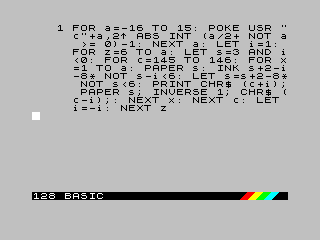 Matthew Logue asked us recreate a grid-like pattern with the shortest code. Surprisingly I actually managed to discover the smallest program: 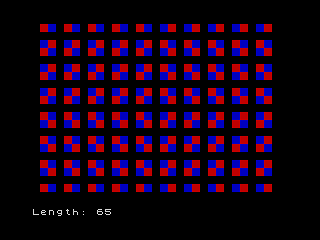 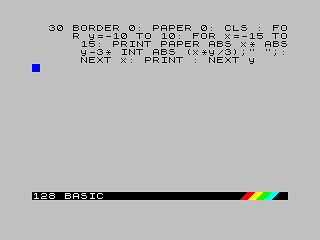 ‎Uwe Geiken challenged us to recreate a pattern of weaving attributes. I found this one pretty tricky to reduce in size, but finally got it down to 109 bytes: 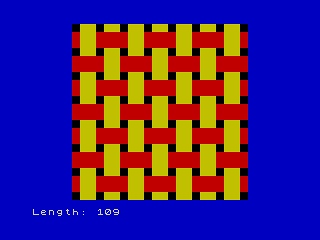 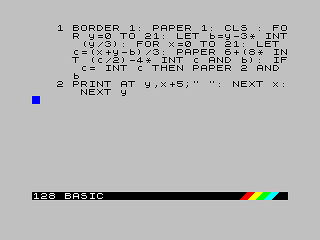 Matthew Logue asked for the shortest code to recreate a 31×21 attribute flag-like pattern. Uwe Geiken solved this is 67 bytes, easily beating my 74: 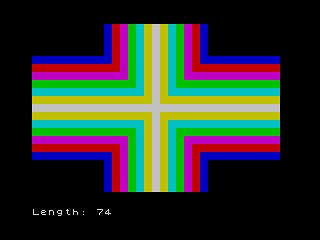 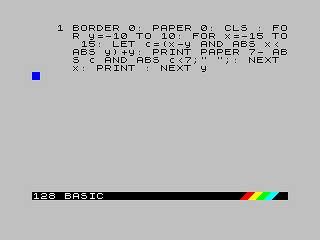 Matthew Logue challenged us again, this time to draw a rudimentary gear with 10 teeth and a circular radius. Here's what I came up with: 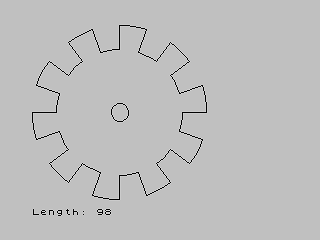 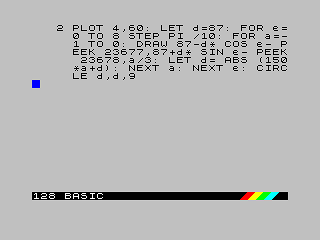